Jenny D.: Maybe this is why I hate Pepsi.

When I first read your post through my phone, Jenny (which says, “shared a link on your timeline,” followed by your comment), I thought you were going to cite this as the reason you hate PepsiCo:

Of course, even if it is true that aborted HEK 293 (human embryonic kidney) cells were used in the research and development of the patented sugar enhancing ingredient that will soon be inside of Pepsi’s latest “diet soda” (due to hit the shelves this year), the original human cells used in the Senomyx company’s “technology” are subsequently cloned, then cultivated on a larger scale. This means that, either way, there are no actual aborted cells in their final product. Therefore, Pepsi drinkers can rest safe knowing that they will never actually be drinking aborted human fetal cells if they do decide to try the company’s new brand of soda. On the other hand, those that are politically (or even just personally) anti-abortion might want to start boycotting Pepsi right away, due to their collaboration with Senomyx – a company that has created multiple products derived from aborted fetal cells!

Jenny D.: No actual aborted fetus in the final product. Another reason not to drink Pepsi.

Rayn: Ha! Maybe in Mexico, it is! In the American-manufactured version of their product, however, Coke uses the cheap, sugar-replacement I like to call “high f*cktose corn-syrup” (unless it’s the yellow-capped Kosher version that is sold during Passover – in select neighborhoods, of course)! 🙂 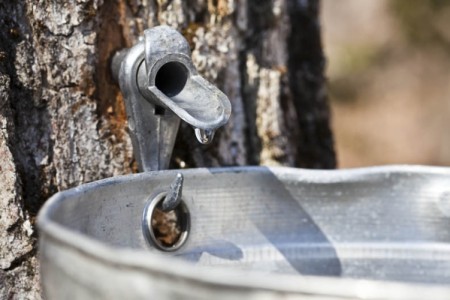 Rayn: The GOODS! Real maple syrup is the undoubtedly the best, so she refuses to settles for less (toxic, heavy-metal laden, man-made, high fructose franken-corn syrup)!

Lana C.: Lol! I hear u that’s all I eat is the REAL maple syrup, not that Aunt Jemima crap…

Rayn: Skillz! Sadly, some Individuals have NO IDEA what real maple syrup tastes like! Yet, the fake stuff is just a CHEAP KNOCK-OFF of the original! Knowing the truth, why would anyone settle for derivative trash?

Jonas A.: I want my real maple syrup too…it’s not cheap, but it’s better than the corn crap they serve at other places….

Rayn: While in elementary school in Glen Ridge, NJ, I actually enjoyed some fresh sap from the spigot of a tapped Maple tree! It wasn’t more than a few drops, but I’ll never forget the experience! And, it tasted like nectar! I wish stores would stock it! I’ve read from multiple sources that it takes 40 gallons of sap to make one gallon of syrup, so that explains the price tag we deal with for the goods… especially when considering the drip rate of one tapped tree! This technology was given to European settlers by the indigenous Tribes of Native America (just like so many other gifts)! 🙂 This is just another reason why I have SO VERY MUCH respect for the Northern Tribes, especially when I compare their ways to the Western culture of wastefulness, toxification, planned obsolescence, artificial scarcity and monopoly control over resources. It is like viewing DAY vs NIGHT!

Jonas A.: Yeah…you’re quite right about the wastefulness of this society compared to the native cultures they forcefully displaced…

(HealthDay News) — Almost half of tested samples of commercial high-fructose corn syrup (HFCS) contained mercury, which was also found in nearly a third of 55 popular brand-name food and beverage products where HFCS is the first- or second-highest labeled ingredient, according to two new U.S. studies.

My Commentary: Here’s yet ANOTHER reason to avoid the man-made poison referred to as “high-fructose corn syrup” (HFCS). It is nothing more than a cheap, pathetic substitute for natural, quality ingredients. Use unbleached cane sugar, honey and maple syrup instead. Sweeten meals with fruit whenever possible. Take daily steps towards boycotting this refined toxic compound.