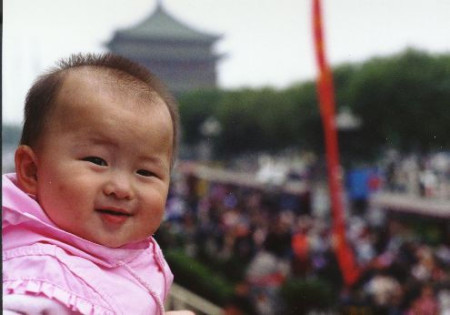 Based on the now debunked threat of overpopulation that was popularized by Stanford University scholar Paul Ehrlich, the communist government subjected the Chinese people to forced sterilizations and abortions. Many new-born babies were either killed or left to die.

My Commentary: Halalu Yah! Finally, finally, finally: China’s dismally-failed, genocidal AND gendercidal “one child” policy looks as though it might actually be abandoned, in favor of the restoration of liberty! Yes! And, with no surprise, the Communist State Vampire doesn’t plan to cede their unjustified control over human life out of compassion or benevolence. Oh, no, no! It will only be due to the disastrous consequences that the government policy inevitably created, in the first place: a continuously-growing, dangerous disparity in gender ratios, with males far outweighing females!

I’ve been reporting on this abominable situation for years, and am very pleased to know that this death-policy is likely seeing its very last days, there! Here’s one of my articles, discussing some of the other unsurprising consequences of inadvertent death-worship under the Chinese State:

As usual, the Soulless State Monster simply cannot compete with Natural Law, no matter how large the level hubris, involved! And, of course, the State once again emerges as the biggest threat that humanity has ever faced, in existence! Perhaps, now, the 13 million murderous abortions that take place EVERY SINGLE YEAR in China, which target mostly female offspring, will finally come to an unceremonious end!

As a side-note, I’ve noticed that this mega-issue is almost never discussed by any of these third-wave “feminist” fraudsters currently littering America’s landscape. They seem much too interested in clinging to their pathetic and despicable “abortion rights” to ever dare discuss the glaring, beyond-holocaust-scale abortion WRONGS taking place, right under their upturned, collectiv(ist) noses!

These types of lemmings would rather dedicate their efforts towards laughable, astro-turf-based busy-work campaigns, like labeling the word “bossy,” and even “too,” as “sexist,” instead of focusing on legitimate and universal human rights issues that very obviously attack and destroy women, like Communist China’s egregious crimes against humanity!

The tiny corpses are then bought, stored in household refrigerators in homes of those involved in the trade before they are removed and taken to clinics where they are placed in medical drying microwaves.

Once the skin is tinder dry, it is pummelled into powder and then processed into capsules along with herbs to disguise the true ingredients from health investigators and customs officers.

My Commentary: Most have chosen the “head in sand” pose, dismissing these sorts of stories as “myth” without so much as a modicum of research. Few understand just how much the grisly, abominable “one child policy” of China’s government is responsible for this zero-value on human life policy, and black-market trafficking in aborted human fetal remains! 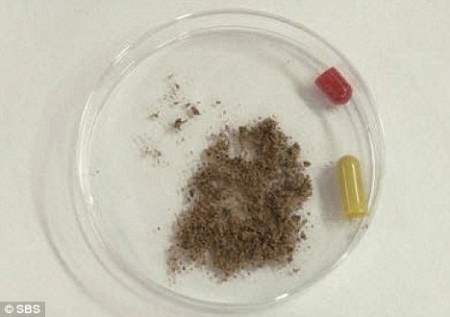 Rayn: Most have chosen the “head in sand” pose, dismissing these sorts of stories as “myth” without so much as a modicum of research. Few understand just how much the grisly, abominable “one child policy” of China’s government is responsible for this zero-value on human life policy, and black-market trafficking in aborted human fetal remains!

Sara: Jesus Christ, I just vomited in my mouth.

Rayn: These sorts of dangers lurk on the horizon, even as the cowards-that-be tell in the Western world tell us to watch out for “terrorists” so that they can strip us of our human rights, much like Communist China!!! And, those in power would LOVE for the world to adopt China’s death-system, pushing the idea again and again in order to “manufacture” public consent:

Sara: What a pig.

My Commentary: This is abominable! I’m in shock to witness such an abhorrent display of arrogance against nature! Cannibalism is one of the most diseased things a creature could do on this earth! It leads to multiple forms of dementia & sickness! The pathogen transfer rate goes through the roof between two of the same species! This is insanity! This sort of despicable behavior will undoubtable cause the next plague! Mark my words!