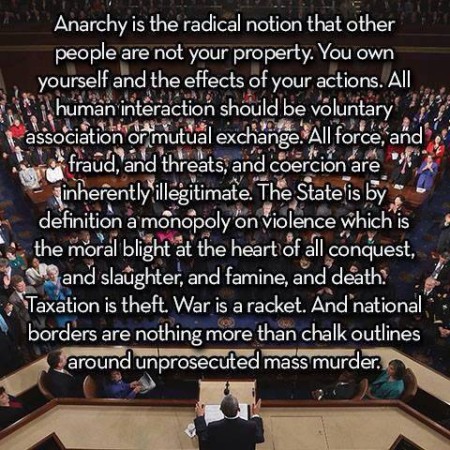 “Anarchy is the radical notion that other people are not your property. You own yourself and the effects of your actions. All human interaction should be voluntary association or mutual exchange. All force, and fraud, and threats, and coercion are inherently illegitmate. The State is, by definition, a monopoly on violence which is the oral blight at the heart of all conquest, and slaughter, and famine, and death. Taxation is theft. War is a racket. And national borders are nothing more than chalk outlines around unprosecuted mass murder.”

My Commentary: ❤ Unapologetically Voluntaryist for life! ❤