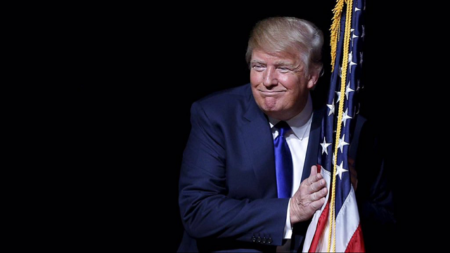 Larken Rose: The world according to Trumpites:

a) Several thousand unarmed men, women and children, escaping a crappy situation in their country of origin, walking towards the U.S. = A HORRIBLE INVASION! WE NEED TRUMP TO CALL OUT AN ARMY TO VIOLENTLY REPEL THEM!!

b) Several thousand heavily armed U.S. troops go to a foreign country on the other side of the world and start killing people, including civilians, and blowing shit up. = Perfectly fine, spreading freedom. Murica! 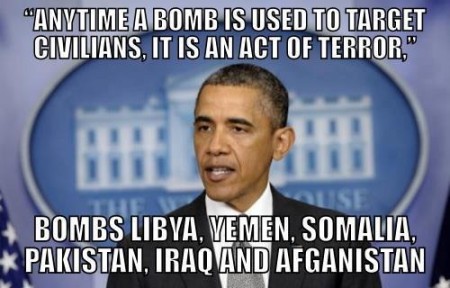 “Anytime a bomb is used to target civilians, it is an act of terror,” [says the man who] bombs Libya, Yemen, Somalia, Pakistan, Iraq and Afghanistan

My Commentary: Recently, child-bombing Nobel Peace Prize recipient, Barack Obama, was kind enough to define the highly confusing term, “terror,” for the American public. It’s a good thing we have such noble politicians like him to make things clear for us lowly commoners -taking time out of his very busy schedule just to help us double-think our way through the ever-nagging cognitive dissonance that comes from accepting civilian murders as a form of AMERICAN political policy, while simultaneously condemning the use of such tactics by others!

Thanks, lizard! Without your efforts, the public might be forced to rely on notoriously unreliable tools like common sense and critical thinking when considering serious matters like these!

“The nationalist not only does not disapprove of atrocities committed by his own side, but he has a remarkable capacity for not even hearing about them.” – George Orwell 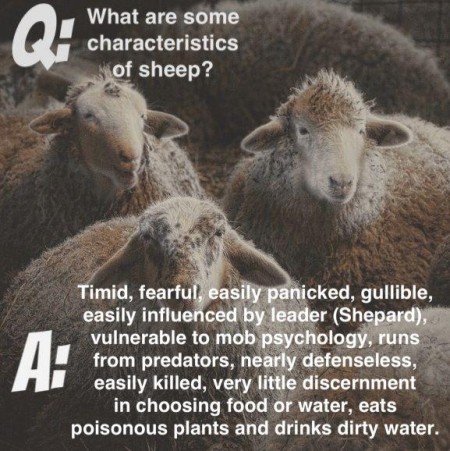 “The basic belief that an elected government must rule your life is a religion of the utmost insanity.” – Chris Lyspooner

My Commentary: Being unable to double-think on such matters, I have an aversion to ALL forms of organized religion! I will not help to prop up the corpse of empty tradition! Instead, I choose LIFE!

Chris C.: Perhaps I am a Libertarian? “Libertarians support maximum liberty in both personal and economic matters. They advocate a much smaller government; one that is limited to protecting individuals from coercion and violence. Libertarians tend to embrace individual responsibility, oppose government bureaucracy & taxes, promote private charity, tolerate diverse lifestyles, support the free market and defend civil liberties.”

Yamashita K.: I told you this Chris!! You are not a repub, you’re not a dem… you believe in limited government and the liberties promised to us 230+ years ago!!!

Chris C.: Yes I remember you telling me, Yamashita! At the time, I don’t think I fully understood what it was. But it seemed interesting. I never had considered myself repub or Dem anyway. My views didn’t really seem to align completely with either one. And then my friend Rayn had been telling me a lot about this Libertarian party. And the more I learn about it, from her especially (and you of course!), it really seems right up my alley and makes a lot more sense than any political mumbo jumbo I’ve heard before. I’m likin it!

Yamashita K.:  I hate it when people mass me in with conservatives ALTHOUGH I am FAR more “republican” than I will EVER be democratic…

Rayn: I am amused when people label me extremist because I am against America’s wars! Yet, both Neo-Lib Dems and Neo-Con Repubs are JINGOISTIC WAR-HAWKS – which is SURELY EXTREMIST, considering the body count that comes with it! *sigh* Sometimes, I’m really amazed at just how pathologically pathetic these double-thinking death-worshippers can be!