Upon reading the article, “Feminism: Destroying America,” by Alan Stang, I engaged in the following debate with the author about his work… 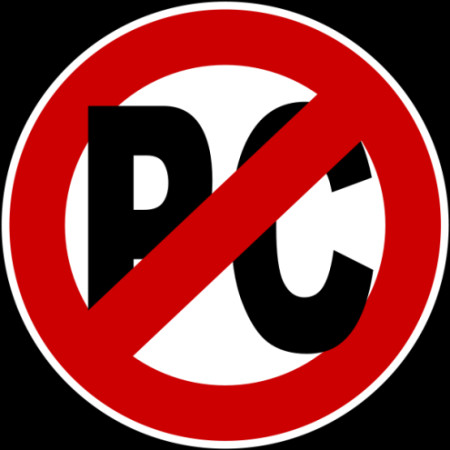 “Just Say No” to Political Correctness

Rayn: I came across your article on the internet and agreed with it up until you hit the part about feminism. I have recently noticed a growing trend of male authors writing about the social downfall created by feminism (i.e. www.savethemales.ca). While it is refreshing to see that men are finally noticing that the values of women and men were attacked in the USA during the 50s and 60s (with advent of Playboy Magazine to devalue women to men and the second “feminist” movement to devalue women to other women), it is disheartening to have this argument then morph into a lesson on how women are in some way spiritually weaker than men. While you get close to the truth, you fall short of having a hearty message because you fail to see the bigger picture. Your insights, whether intentional or accidental, only seek to further the concepts of groupthink as reigning supreme over the rights of the individual.

Please hear me out because I do not seek to insult you, rather I wish to enlighten you to a larger truth that most seems to be overlooking for now. You see, the family problem you are describing should more accurately be called “neo-feminism,” since the true spirit of feminism was based on fighting for suffrage, which, unlike this “upkeep-of-family-as-slavery” neo-feminism, truly had the merit of being a Creator-given right to speak out against having no individual voice, and as such proved that women deserved a speaking role in politics and all other arenas that directly affected their lives.