As I scrolled through my Facebook news feed, I discovered the following artwork here, being shared by the page, “The Frugal RVer,” and originally posted it to my own wall, along with commentary… 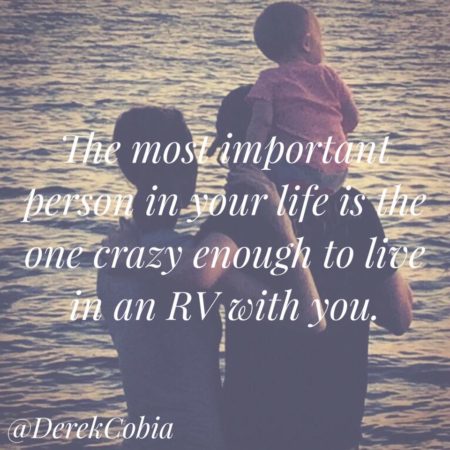 “The most important person in your life is the one crazy enough to live in an RV with you.” – Derek Cobia 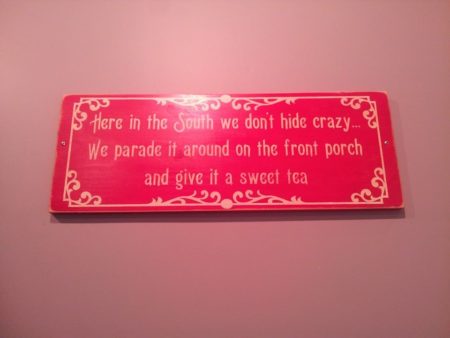 A sign in a Greensboro, NC restaurant that reads, “Here in the South, we don’t hide crazy… We parade it around on the front porch and give it a sweet tea.”

As I scrolled through my Facebook news feed, I discovered the following artwork here, being shared by the page, “I Owe You Only Non-Aggression,” and originally posted it to my own wall, along with commentary… 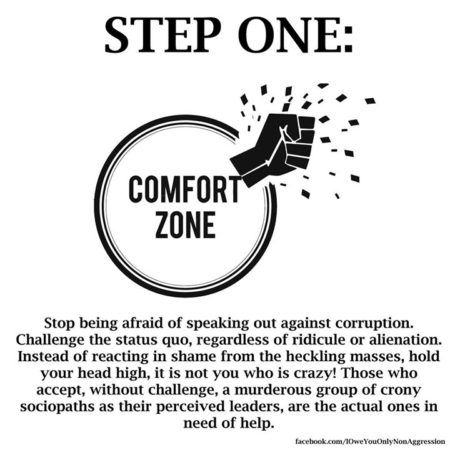 STEP ONE: Stop being afraid of speaking out against corruption. Challenge the status quo, regardless of ridicule or alientation. Instead of reacting in shame from the heckling masses, hold your head high, it is not you who is crazy! Those who accept, without challenge, a murderous group of crony sociopaths as their perceived leaders, are the actual ones in need of help.”

My Commentary: “If you see something, say something”!

The following correspondence originally took place upon the Facebook wall of an acquaintance, after he shared a comic he made featuring the BitStrip I created of myself… 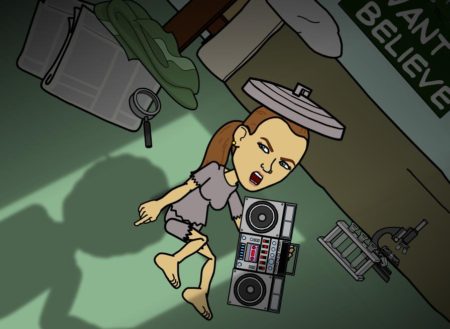 Rayn: Actually, my tinfoil hat is a custom job. It fits great!