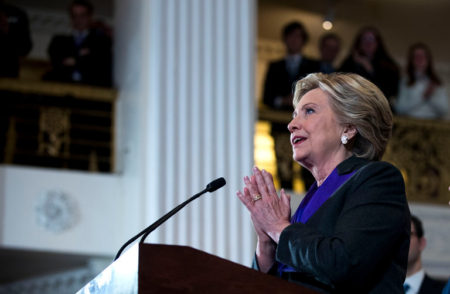 (Amy Chozick) Hillary Clinton on Saturday cast blame for her surprise election loss on the announcement by the F.B.I. director, James B. Comey, days before the election that he had revived the inquiry into her use of a private email server.

In her most extensive remarks since she conceded the race to Donald J. Trump early Wednesday, Mrs. Clinton told donors on a 30-minute conference call that Mr. Comey’s decision to send a letter to Congress about the inquiry 11 days before Election Day had thrust the controversy back into the news and had prevented her from ending the campaign with an optimistic closing argument.

“There are lots of reasons why an election like this is not successful,” Mrs. Clinton said, according to a donor who relayed the remarks. But, she added, “our analysis is that Comey’s letter raising doubts that were groundless, baseless, proven to be, stopped our momentum.”

My Commentary: Ha! Actually, Hillary, the corrupt, pro-war, sold-out, corporate puppet, deserves most of the blame, along with the pathetic, primary-rigging DNC that propped her up. And, after that, blame Democratic voters, who didn’t protest the DNC’s Clinton selection, along with the weak and ineffectual Bernie Sanders, who capitulated to, then quickly began shilling for, Clinton. Last, but not least, blame the professionally-lying mainstream media monopoly, who projected a Hillary win all the way up until the evening of election day, giving Democrats a false sense of comfort, and made them arrogantly complacent about Hillary’s underhanded take-over project. 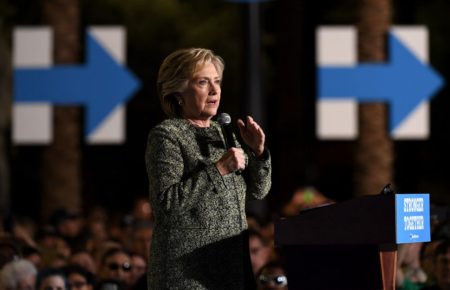 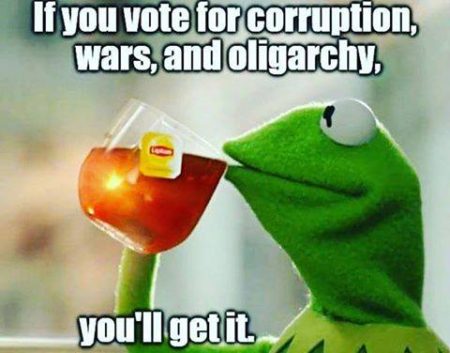 “If you vote for corruption, wars, and oligarchy,
you’ll get it.”

My Commentary: Enjoy your next master, slaves! You earned it! 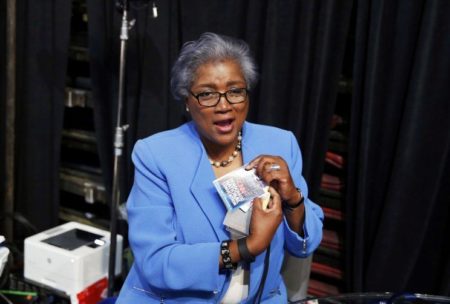