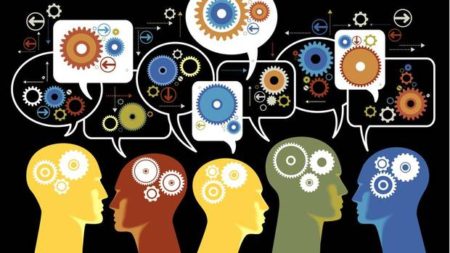 Samuel B.: everyone should be treated the same

Samuel B.: but sadly, sigh the world is a messed up place man

Michael S.: I think they can, if they have the right reasons and can actually do something for the poor. Don’t forget what FDR and Teddy Roosevelt did for the U.S. ( a lot more than many average Americans). I think that very often the poor who just talk and talk but can’t do anything for the poor should either find something else to do or, if they’re good teachers, become professors. That’s what they would be good at.

Rayn: As far as I’m concerned, those who are rich in Spirit feel absolutely no need to speak for those who are morally bankrupt! If anything, they typically speak AGAINST their corrupt ways!

Meanwhile, regardless of monetary wealth, no individual, nor group, has the right to speak for me BUT ME – unless I CHOOSE to CONSENT to such an arrangement! I don’t care how well-intentioned another feels he or she is, there is NO intention worth my non-consensual submission, and none worth my enforced silence! There is no “right reason” that would EVER logically bypass the fact that I AM AN Individual, with my OWN UNIQUE and VALID VOICE to exercise in this life! Those who deny this truth are just arrogant authoritarians, who could CARE LESS about any portion of humanity but their own selves!

Genaire: Despite Michael’s misguided beliefs everyone should have the right to speak for themselves. I grew up in the projects in the south Bronx and can tell you from experience the rich do not speak for me. The reason you are seeing the gap between the rich and poor growing at an alarming rate is due to the fact that our politicians are the one percent that will give themselves and their rich friends the sweetheart deals to further increase their wealth. While increasing the police force in the poorer neighborhood in an attempt to stop the unrest. Which leads to further incidents of police brutality which in turn leads to even more unrest.

Anastasia M.: Anyone here who has social anxiety in addition to Asperger’s? I do and I wonder how many others do too. I ofter hear it’s quite common problem for Aspies. It’s basically fear of social situations. Anyone else thought of this?

Rayn: I have social phobia and selective mutism. They have been with me as long as I can remember.

Anastasia M.: I might have it too, but they never diagnosed it, said a part of Asperger’s and social phobia, although in some situatons I definitely can’t speak and was always like that.. 😀

What is Selective Mutism?:
http://www.selectivemutismcenter.org/cms/what_is_selective_mutism.aspx