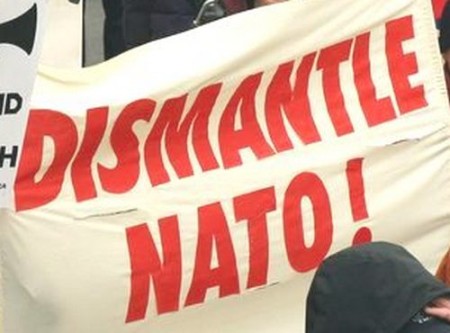 (Kevin Gosztola) Chicago police have reportedly engaged in a preemptive raid against activists that planned to protest the NATO summit. The raid is believed to have taken place late last night in the Bridgeport neighborhood of Chicago.

My Commentary: “Two tenants were handcuffed for more than 2 hours in their living room while police searched their apartment and a neighboring unit, repeatedly calling one of the tenants a ‘Commie f*ggot.’ “

This brain-dead cop must not have gotten the memo: