The following correspondence originally took place upon the Facebook wall of my friend, Claudia C, after she shared artwork from here…

Claudia C.: Ahahaha! I kept saying that the reason for all the military equipment being gifted to the police is because the 1% started to fear a possible revolution/ redistribution of resources 🙂 What they fail to realize is that no matter how many cops you arm and train to kill, there will always be more of us and less of them. Also, history tells us that we always win. Look at the French Revolution! 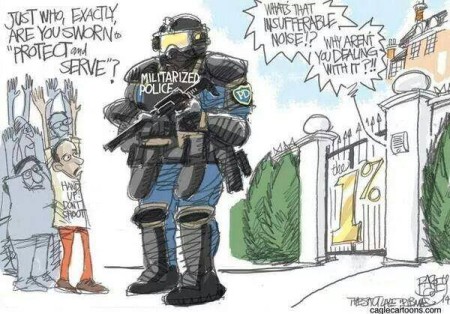 “Just who, exactly, are you sworn to ‘protect and serve’?” “What’s that insufferable noise!? Why aren’t you dealing with it?!!”

Rayn: Gun control changes the equation. In reality, most Americans are just sitting ducks in a barrel. And, with the right executive order, they will make fun and easy targets for police, who will be protected with body armor, and armed with automatic rifles capable of unloading an entire high-capacity magazine of bullets into multiple unarmed, sign-carrying citizens in a matter of seconds.

If you want to know America’s end when the SHTF, at this point, google “democide.” From Mao Zedong to Josef Stalin to Adolph Hitler, tyrants all seem to agree on one point: Gun control “works”!

Make no mistake: not all gun control ends with government mass murdering their own civilians… But, the fact is, in every single last one of the top five most-successful massacres in the last century, the State used gun control to yield their disgustingly high “results.” 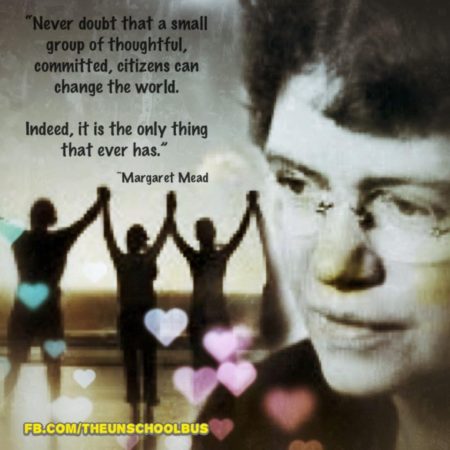 “Never doubt that a small group of thoughtful, committed citizens can change the world. Indeed, it is the only thing that ever has.” – Margaret Mead

My Commentary: “Rise from your grave!”