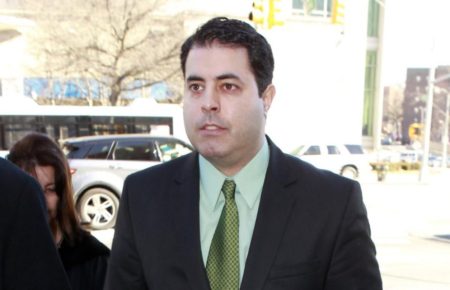 NYPD Sgt. Alberto Randazzo has pleaded guilty to his crimes

(John Marzulli) A Pennsylvania woman pleaded guilty Wednesday in Brooklyn Federal Court to texting images to an NYPD sergeant of her performing oral sex on a 2-year-old boy.

Leigh Marcini, 38, is one of three gal pals of sicko Sgt. Alberto Randazzo who molested children at his direction.

Marcini, a speech therapist with a master’s degree, said she exchanged sexual chats with Randazzo through a dating website around April 2012.

My Commentary: To be clear, she took photos of her fellating a two-year-old boy, and sent them to the NYPD Sergeant who requested them of her…

(Andres Jauregui, Huffington Post) A Virginia couple turned their teen daughter in to local police after they discovered she was exchanging racy images on her electronic devices.

The girl, who is 13, had been using her phone to send nude photos of herself to boys, the parents said.

“Looking through the phone and the tablet we did find sexual pictures, conversations that were very inappropriate for her age,” the mother of the girl told WTVR. Her name has been withheld to protect her daughter’s identity. “Everybody wanted to be her friend, because according to these people, she was cool now.”

My Commentary: Damn. This article reads like a joke!

Today’s parents are becoming more and more pathetic! These sniveling cowards are quick to hand their own flesh and blood over to the State meat-grinder for “processing.” Why don’t they try taking an active role in the lives of their children, instead of outsourcing their education and socialization to the State? Sorry, but a dozen years worth of of studying for standard tests is not a valid learning method, nor is it legitimate preparation for the “real world.” And, thirteen years of being coerced into classrooms full of students of the same exact age is completely socially stunting!