As I scrolled through my Facebook news feed, I discovered the following artwork here, being shared by the page, “The Mad Statist,” and originally posted it to my own wall, along with commentary… 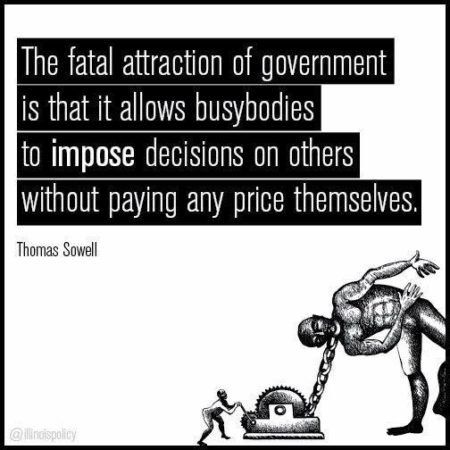 “The fatal attraction of government is that it allows busybodies to impose decisions on others without paying any price themselves.” – Thomas Sowell

My Commentary: Control-freaks cling to their superior numbers to enforce their inferior beliefs…