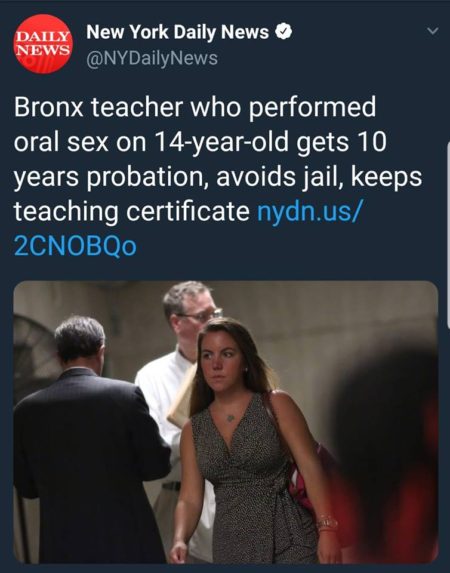 My Commentary: Public school teacher force-fellates a child, and faces little consequence. Sound familiar? The State is just another cult…