As I scrolled through my Facebook news feed, I discovered some amusing artwork here, being shared by the page, “People for Anarchy, Voluntaryism, Non-Aggression, and Liberty.” Taking creative liberties, I decided to design a qodesh “variation on a theme,” and post it to the wall of my friend, Damion S… 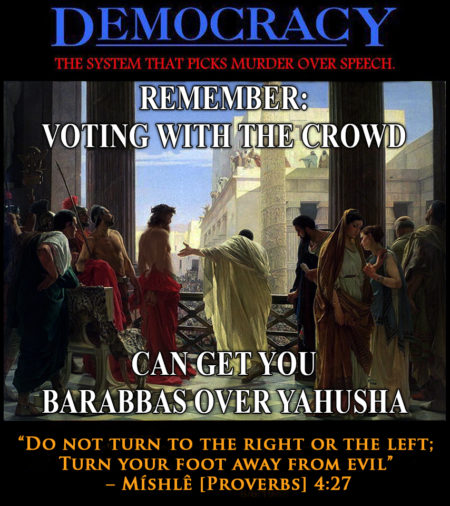 “Democracy: the system that picks murder of speech. Remember: voting with the crowd can get you Barabbas over Yahusha. ‘Do not turn to the right or the left; turn your foot away from evil.’ – Míshlê [Proverbs] 4:27”
(Artwork by Rayn)

My Commentary: When it comes to 2000+ year old democracy… Yahuwah, you are not the father. 😉 Ha! 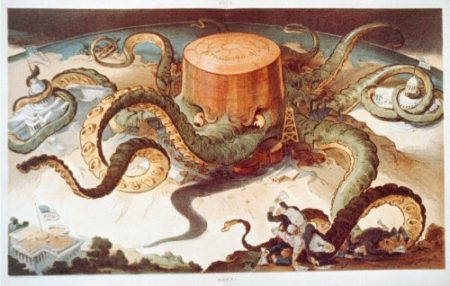