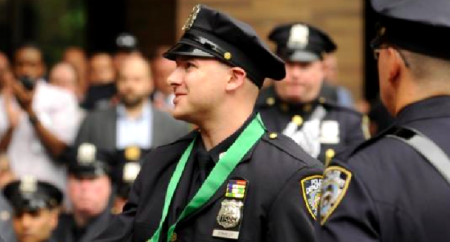 (David Ferguson) A Bronx police officer plead innocent on Monday to charges that he broke into a 30-year-old woman’s apartment in June, appearing by her bed in his underwear and saying, “Sometimes I’m a good guy, but sometimes I’m a bad guy” before dragging her from the bed and beating her.

According to the New York Daily News, Officer Eugene Donnelly attacked the woman mere hours after an awards ceremony celebrating his bravery in the line of duty.

On June 10, Donnelly, 27, was awarded the Police Combat Cross, the second highest honor that can be bestowed upon an officer of the NYPD. In 2012, the officer successfully disarmed and arrested a suspect who was shooting at him.