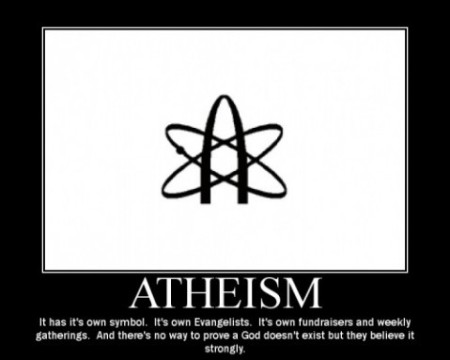 “Atheism: It has it’s own symbol. It’s own Evangelists. It’s won fundraisers and weekly gatherings. And there’s no way to prove a [Creator] doesn’t exist but they believe it strongly.”

Brian J.: Hey Rayn. After some further research, I’ve realized that atheism is not a religion. You’re just talking about fundamentalists and behavior patterns that make it look like a religion, but it’s not a religion. If you look up the definition of religion, it always involves something spiritual. And that’s why communism was a religion, that used atheism to not believe in other gods, but to worship the state. Which had nothing to do with atheism. Atheism simply means, “a lack of belief in god or gods.” Which is why I don’t believe in any gods, or creators. Now whatever a person does after that, has nothing to do with atheism. Being an atheist activists, doesn’t really have anything to do with the definition of atheism. Which is why atheism turns into an ideology, in spite of itself.

It’s not suppose to be an ideology, or a religion. But because of religious people, it gets turned into that, while having nothing to do with the definition of atheism. Atheism is just a statement. It’s an unbelief. I require no faith to have an unbelief in god or gods. It doesn’t take faith to believe in a time n chance universe. Especially since scientists like Richard Dawkins and Lawrence Krauss are starting to realize that there was something, before something else got created. And that everything didn’t happen by chance or randomly. Evolution and the big bang had a random component, but it wasn’t all random. So as an atheist, I don’t have to believe in a time n chance universe. Because not all of it happened by time n chance.

But as an atheist, I do have faith. I have faith in the natural world, and in things that I can see. I have the hope that a more secular world, can create a better world. But I have no evidence for this, so I rely on faith. 🙂

Rayn:  I did not say that atheism  in itself, is a religion. I said that atheism can be religiously adhered to, and that there are, in fact, a few religions of atheism in existence. With this in mind, being an atheist does not automatically make you a member of these religions of atheism, of course, nor does it mean that you religiously adhere to atheism.

According to you, “if you look up the definition of religion, it always involves something spiritual.” While I must emphasize dictionaries DO NOT create words, but only record their historical, popular usage, let’s still do exactly what you suggest, to see what we find:

RELIGION:
1a : the state of a religious* <a nun in her 20th year of religion>
b(1) : the service and worship of God or the supernatural
(2) : commitment or devotion to religious* faith or observance
2: a personal set or institutionalized system of religious* attitudes, beliefs, and practices
3 (archaic): scrupulous conformity : conscientiousness
4: a cause, principle, or system of beliefs held to with ardor and faith
http://www.merriam-webster.com/dictionary/religion

RELIGIOUS:
1: relating to or manifesting faithful devotion to an acknowledged ultimate reality or deity <a religious person> <religious attitudes>
2: of, relating to, or devoted to religious beliefs or observances <joined a religious order>
3a : scrupulously and conscientiously faithful
b : fervent, zealous
http://www.merriam-webster.com/dictionary/religious 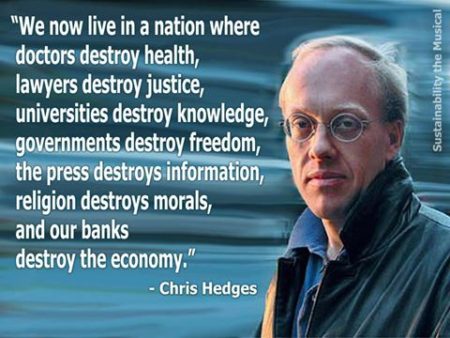