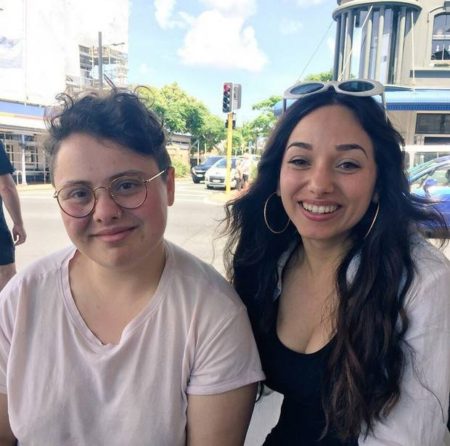 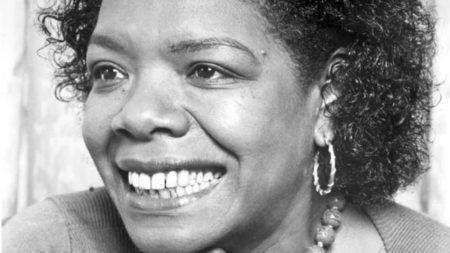 Maya Angelou: Thursday, May 28, 2014, Statement from Dr. Maya Angelou’s Family:
Dr. Maya Angelou passed quietly in her home before 8:00 a.m. EST. Her family is extremely grateful that her ascension was not belabored by a loss of acuity or comprehension. She lived a life as a teacher, activist, artist and human being. She was a warrior for equality, tolerance and peace. The family is extremely appreciative of the time we had with her and we know that she is looking down upon us with love.
Guy B. Johnson 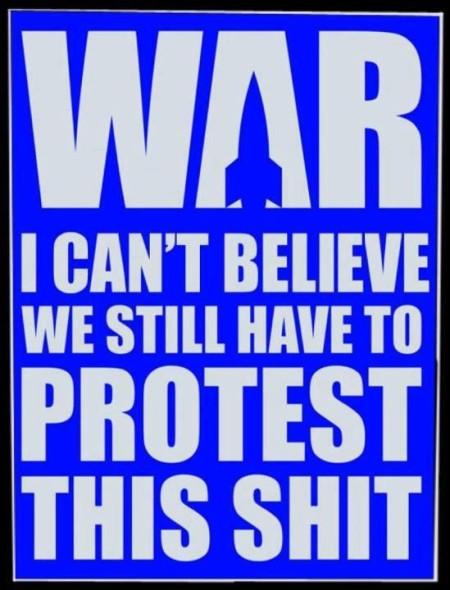 “War: I can’t believe I still have to protest this shit”

My Commentary: “Red is for the blood that flows from shore to shore
White is for the wash that covers up it’s core
Blue are for the seas and skies, all seized for war
America, America, what are we fighting for?” 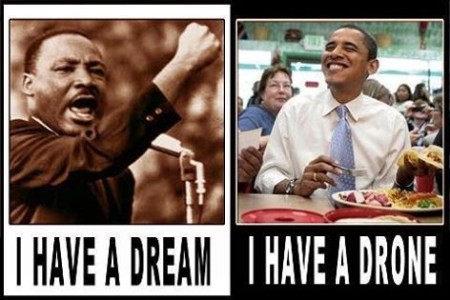 My Commentary: A champion of human rights versus a civilian-bombing bankster puppet!

The following correspondence originally took place on my Facebook wall, upon my post, “When it Comes to War, Life is Top-Heavy With Hypocrites“… 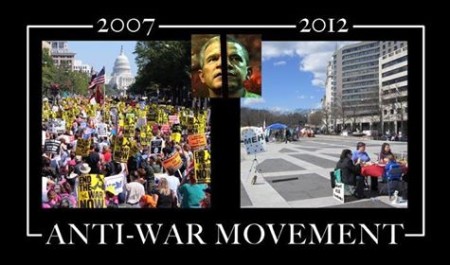 Mehrdad S.: Terribly sad! We should ponder as to what happened during those 5 years.

Rayn: Obama happened. He filled the Anti-War movement with so much hope, they decided to take a four-year nap!

Mehrdad S.: To reach their ends, the politicians and the profiteers have brought the media under their control, which is no longer the “Mass Media”. It has been bought up and turned into Corporate Media at the service of what is no longer a “Democracy”, but a Corporatocarcy, a main element of which is the Military-Industrial-Congressional Complex (and you rightly incorporated “Knowledge” into that). In 1983, 50 corporations controlled the majority of the news media in the US. Even then, this was considered a Media Monopoly. In 2004, only 5 corporations controlled the lion share of the US media industry (Now, I presume it might be even less). And the corporate media has been constantly at work, “Manufacturing Consent” of the people for the corporatocracy’s bloody projects of wars and suppression overseas, coupled with abolishing the hard-gained Civil Rights in the US itself. That might partly explain the big difference between now and 2007.

Rayn: Indeed, Mehrdad! The Mainstream Media Monopoly most definitely manufactures the consent of the governed! And, they typically utilize the Hegelian Dialectic of PROBLEM-REACTION-SOLUTION to do it… It’s sad, really… to know just how predictably herd-like the majority becomes in the face of “danger” and in the name of “safety”…

Mehrdad S.: True. They have a great number of psychiatrists and “academics” at their service who give them advice in their projects of horror mongering. There should always be something to horrify the ordinary people. Otherwise, what would be the future of the military-security-industrial complex ?