The following correspondence originally took place on my Facebook wall, upon my post, “Believing Absurdities in Order to Commit Atrocities“..

“What is the difference between throwing 500 babies into a fire and throwing fire from aeroplanes on 500 babies? There is none.” – Captain Philip S. Mumford, former British Officer in Iraq

Rayn: Indeed. The apaths among us who believe otherwise are only fooling themselves!

Jonas A.: Yes, that too is correct! When the real SHTF, they will know the real meaning of those words…

As I scrolled through my Facebook news feed, I discovered the following artwork here, being shared by the page, “The Rule of Freedom,” and originally posted it to my own wall, along with commentary… 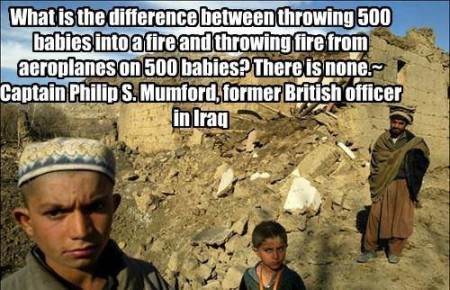 “What is the difference between throwing 500 babies into a fire and throwing fire from aeroplanes on 500 babies? There is none.” – Captain Philip S. Mumford, former British Officer in Iraq 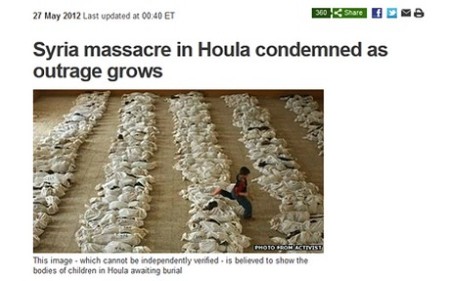