“Monsanto: No Food Shall Be Grown that We Don’t Own”

The Multiple Ways Monsanto is Putting Normal Seeds Out of Reach:
http://www.opednews.com/articles/The-multiple-ways-Monsanto-by-Linn-Cohen-Cole-090203-854.html

Monsanto’s Many Attempts to Destroy All Seeds but Their Own:
http://www.healthiertalk.com/monsantos-many-attempts-destroy-all-seeds-their-own-0370

My Commentary: Monsanto, the company responsible for the Bovine Growth Hormone (BGH) and Genetically Engineered (GE) seeds, is now working in collaboration with the patent office, the FDA, and the legislate branch of the US government, to create for themselves a complete monopoly over the American food supply, and eventually, the whole world. And, they will do it at the expense of the future of productive agriculture as we know it. As per usual, Big Corporations jealously plot against the plentiful, fruitful nature of the Earth, which stands in stark contrast to their greedy and wasteful policies of planned obsolescence. As far as Big Corporations are concerned, true competition must be eliminated at all cost, and by any means necessary.

(Kim Severson & Andrew Martin, New York Times) MOST of the chicken, fruit and vegetables in Ellen Devlin-Sample’s kitchen are organic. She thinks those foods taste better than their conventional counterparts. And she hopes they are healthier for her children.

Lately, though, she is not so sure.

The national outbreak of salmonella in products with peanuts has been particularly unsettling for shoppers like her who think organic food is safer.

My Commentary: “Organic” foods are simply foods grown naturally, without the use of chemical pesticides, fertilizers or hormones. REFINED FOOD PRODUCTS bearing the seal, “USDA ORGANIC,” are STILL processed in plants, where health and safety conditions within factor into the overall quality of the final product. Buying WHOLE FOODS that are washed and prepared in the home will significantly reduce the possibility of exposure to these types of bacterial and/or viral contaminants.

When buying eggs or milk, consider the treatment, diet and living conditions of livestock, as well. Go beyond the “organic” seal. Look for products that also say “cage-free” or “free-range,” and “vegetarian.”

(Mike Adams, NaturalNews) The FDA has effectively banned a naturally-occurring form of vitamin B6 called pyridoxamine by declaring it to be a drug, reports the American Association for Health Freedom. Responding to a petition filed by a drug company, the FDA declared pyridoxamine to be “a new drug.”

Now, any nutritional supplements containing pyridoxamine will be considered adulterated and illegal by the FDA, which may raid vitamin companies and seize such products. See the history of FDA raids on vitamin companies here: http://www.naturalnews.com/021791.html

My Commentary: The FDA, operating as the political and military arm of Big Pharmaceutical companies, incrementally attempts to eliminate its true competition: NATURE! 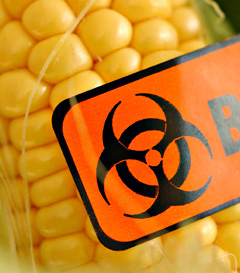 (HealthDay News) — Almost half of tested samples of commercial high-fructose corn syrup (HFCS) contained mercury, which was also found in nearly a third of 55 popular brand-name food and beverage products where HFCS is the first- or second-highest labeled ingredient, according to two new U.S. studies.

My Commentary: Here’s yet ANOTHER reason to avoid the man-made poison referred to as “high-fructose corn syrup” (HFCS). It is nothing more than a cheap, pathetic substitute for natural, quality ingredients. Use unbleached cane sugar, honey and maple syrup instead. Sweeten meals with fruit whenever possible. Take daily steps towards boycotting this refined toxic compound. 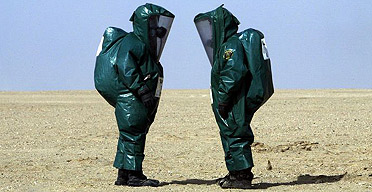