Exposing the Oral Polio Vaccine, Which Continues to Cause More Paralysis Than Wild Strain 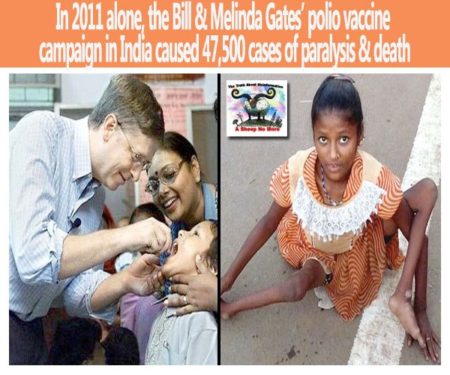 Kevin B.: No one is paralyzed by the vaccine. They got polio same way as anyone else does. It’s just the genetics of their infection show the virus that infected them started as inactive vaccine and mutated into active form followed by evacuation in a bowel movement.

Tainted Cutter Polio Vaccine Killed and Paralyzed Children…
https://www.washingtonpost.com/history/2020/04/14/cutter-polio-vaccine-paralyzed-children-coronavirus/
If the paywall is up, there, here’s another article about it…
When Polio Vaccine Backfired – Tainted Batches Killed 10 Children and Paralyzed 164:
https://www.sfgate.com/health/article/When-polio-vaccine-backfired-Tainted-batches-2677525.php
Rayn: Instead of spreading disinformation for the pharmaceutical industry, Kevin, why don’t you read the following articles, about the Oral Polio Vaccine (OPV), which has since been discontinued for use in the United States (but, only since 2000) – and, yet, is pushed upon unsuspecting third world countries by the UN, through the World Health Organization (WHO) and The Bill and Melinda Gates Foundation? Start here:
Vaccine-Associated Paralytic Polio (VAPP) and Vaccine-Derived Poliovirus (VDPV):
https://www.who.int/immunization/diseases/poliomyelitis/endgame_objective2/oral_polio_vaccine/VAPPandcVDPVFactSheet-Feb2015.pdf