As I scrolled through my Facebook news feed, I discovered the following captioned photo here, being shared by the page, “NORML Women’s Alliance,” and originally posted it to my own wall, along with commentary… 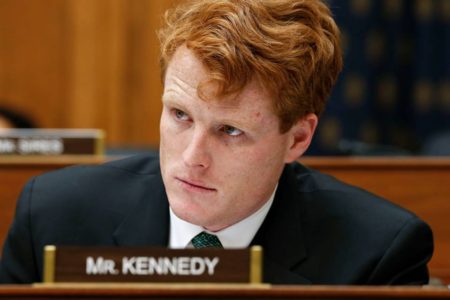 “Democrats picked Congressman Joe Kennedy III (D-MA) to respond to President Trump’s State of the Union address on Tuesday. He was one of only ten Democrats to vote against a 2015 amendment protecting medical cannabis patients and providers from federal prosecution. He also opposed measures on medical marijuana for veterans and CBD for kids with epilepsy, putting him way out of step with voters and his party.” (https://www.marijuanamoment.net/anti-cannabis-dem-giving-trump-sotu-response-newsletter-jan-29-2018/)

My Commentary: LOL! DemoCrackPots and RepubliConArtists are two wings of the same bird… Both use the violent apparatus of the State to initiate aggression against the peaceful. Both are full of smug, self-important control-freaks that support a continuation of the inherently-racist, freedom-crushing, prison-filling fraud, known as the “War on Drugs.”