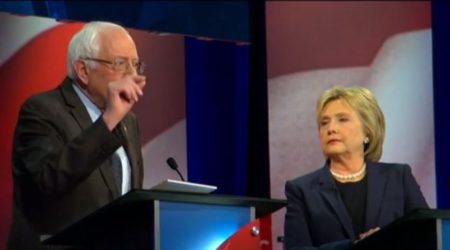 Ha! Actually, Hillary, the corrupt, pro-war, sold-out, corporate puppet, deserves most of the blame, along with the pathetic, primary-rigging DNC that propped her up. And, after that, blame Democratic voters, who didn’t protest the DNC’s Clinton selection, along with the weak and ineffectual Bernie Sanders, who capitulated to, then quickly began shilling for, Clinton. Last, but not least, blame the professionally-lying mainstream media monopoly, who projected a Hillary win all the way up until the evening of election day, giving Democrats a false sense of comfort, and made them arrogantly complacent about Hillary’s underhanded take-over project.

Rayn: Oh, snap! Killary’s “we came, we saw, he died” sound byte was turned into a song! This is just perfect!

Kala Z.: Reposted it! Very grateful!! Hope all is well with the micro warrior!

Rayn: Sweet! Indeed, it is!

Nelson E.: Its the FBIs fault shes a murderous criminal

Rayn: Is this the voter suppression you’re referring to?

Both DNC AND RNC Hand-Selected Which Political Parasite Would be Running for Ruler of America:
http://acidrayn.com/2016/09/18/both-dnc-and-rnc-hand-selected-which-political-parasite-would-be-running-for-ruler-of-america/