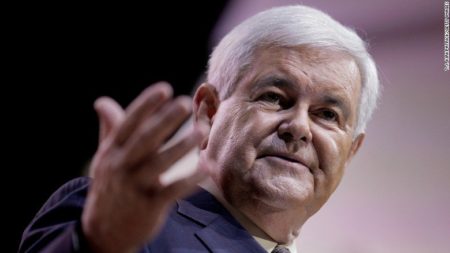 (Gregory Krieg) Former House Speaker Newt Gingrich is calling for the creation of a new House Committee on Un-American Activities, invoking the infamous “Red Scare”-era congressional body as a blueprint for weeding out American ISIS adherents and sympathizers.

“We originally created the House Un-American Activities Committee to go after Nazis,” he said during an appearance on “Fox and Friends” this week. “We passed several laws in 1938 and 1939 to go after Nazis and we made it illegal to help the Nazis. We’re going to presently have to go take the similar steps here.”

Gingrich, a vocal supporter of Donald Trump, has been touted as a potential running mate for the presumptive Republican nominee.