Discussing Politics, Political Correctness, and the 2016 Presidential Elections Among Other Members of NYC’s Autistic Community 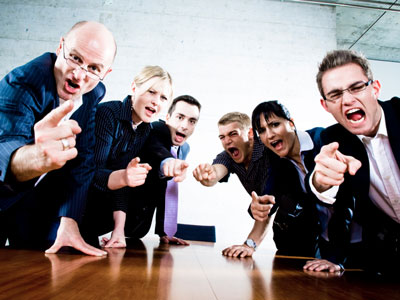 Rayn: I’m not pro-Trump, and chose to Vote Nobody 2016, just like I have for over a decade and a half, now, as a libertarian, and more specifically, a Voluntaryist. But, to add to your post, Daniel, I can say that even the ASAN group in NYC slowly became neo-liberalized, and once their numbers were up, members became very confident in their attempts to ostracize and shame those merely holding different viewpoints than them, even when the viewpoints were of the completely innocent and peaceful variety. Diversity, apparently, refers only to physical appearance, and sexual orientation, to these types, and has NOTHING to do with perspectives, thoughts, and ideas. I’ve never been lectured, condescended to, and had my intelligence questioned so much in my life, than I have among this small group. I refer to them as Aspie Elitists, and many of them were complete cry-bullies, too. I have many examples I could share.

Tony K.: Something tells me that “bullying” has been around since man was living in caves picking lint out of his belly button…and no amount of legislation or “feel-good” propaganda is going to change that. Something also tells me that any attempts at a “cure” would be worse than the disease. And I wouldn’t confuse acting and talking like an asshole — which Trump has done — with bullying. Indeed, one of the examples of “bullying” that is conjured up regarding Trump is his put-downs of Rosie O’Donnell. Well, I think Rosie is one of the biggest bullies around…and a genuine one, at that. One of the few hesitations I have regarding a Trump presidency is that too many anti-Trump liberals like Rosie will choose to relocate to Canada. Please. Keep them in the U.S.

Steve K.: Although, it can be difficult for those on the spectrum. It is possible to strike a balance between PC and using some amount of theory of mind to be sensitive to other peoples feelings. As adults, I simply do not accept the total inability to do so. There are much more productive ways of getting attention than making others feel bad about themselves.

Genaire: Your choice is yours Daniel Sv., fuck the haters.

Tony K.: If I understand you correctly, you didn’t vote for anyone. But you say you are a Libertarian…did you not consider voting for Johnson?

Genaire: I consider myself more of a conservative. Gary Johnson however didn’t speak to me. I liked either Paul or Kasich.

Tony K.: Oops, my bad. I see now that it was Rayn that described herself as the Libertarian. I should have directed my question to her.

Rayn: I’m a libertarian (with a lowercase “l”), meaning that I believe in the doctrine of free will. And, more specifically, I’m a Voluntaryist – meaning that I believe in, and live by, a philosophy according to which all forms of human association should be voluntary as far as possible. Individual sovereignty and the Non-Aggression Principle are the foundations of Voluntaryism, and yes, it is a form of Peaceful Anarchism, being a highly anti-political position. I do not personally vote, and chose to Withdraw Consent to the farce in 2000, because I view it as merely a contest wherein the “winner” wields the violence of the State to enforce their political opinions. Besides this, the State, itself, is bogged down with victimless crime laws, and pre-crime laws, anyway, making it a full-on aggressor, and hence, completely illegitimate.

If, during the circus known as the presidential elections, a legitimately peace-seeking candidate emerges, with plans to properly and very severely scale back the power of the State, I will suggest to my Statist friends and family, who believe in America’s election system, to use their vote towards whoever that is. But, that is a rare occurrence, and I did not see any such candidate in 2016.

Brian K.: I’d like someone who isn’t a climate change denier. That is a threat to us and other species. We’re seeing it already with weather wildly swinging from normal to record breaking highs. Last Christmas it was 72 degrees in NY.

I’m a Disabled American. Trump’s Policies Will be a Disaster for People Like Me.
http://www.vox.com/first-person/2016/11/9/13576712/trump-disability-policy-affordable-care-act

Brian K.: Trump knows zip about foreign policy. Said he would use nukes on ISIS (not a nation with borders) because if we have them we might as well use them.

Genaire: f his predecessors knew anything about foreign policy Isis and al-Qaeda would have been formed in the first place.

Genaire: Hillary is the ultimate warmonger giving her vote to every military intervention.