Without Evidence of Assailant, United States Military Attacks Yemen’s Houthis in Retaliation for Missiles Fired Near a US Destroyer 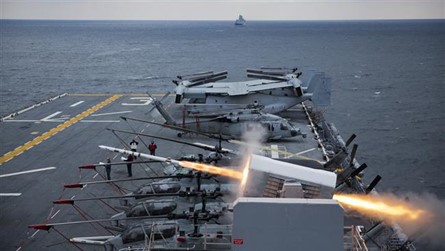