Don’t Let the Wealth Fool You: Donald Trump Has No Class 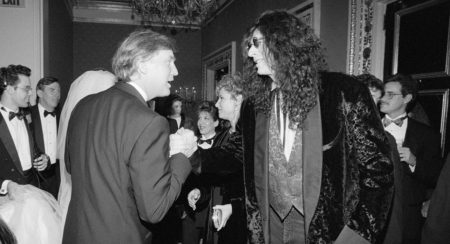 Donald Trump to Howard Stern: It’s Okay to Call My Daughter a “Piece of Ass”:
http://www.cnn.com/2016/10/08/politics/trump-on-howard-stern/index.html

(Andrew Kaczynski, Chris Massie, Nate McDermott) Donald Trump engaged in crude and demeaning conversations about women over a 17-year-period with radio shock-jock Howard Stern, according to a review by CNN’s KFile of hours of newly uncovered audio.

Among the topics Trump discussed: his daughter Ivanka’s physique, having sex with women on their menstrual cycles, threesomes, and checking out of a relationship with women after they turn 35.

Trump’s long track record of making misogynistic comments and engaging in lewd conversations about sex took on a new and much darker tone on Friday night, when the Washington Post published audio of Trump, caught on a hot mic in 2005, bragging about how women let him do whatever he wants to them because he’s a celebrity.

My Commentary: He’s all class…