For the State, “Taking Care of the Homeless” Includes Pre-Meditated Murder 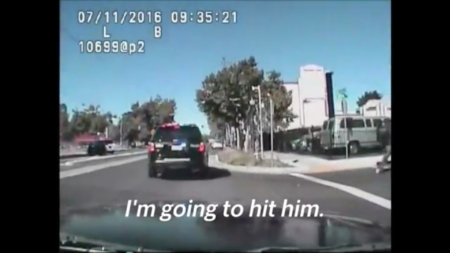 Sacramento Police Tried to Run Over Man Before Shooting Him, Recordings Reveal:
http://www.sacbee.com/news/local/crime/article105234171.html

(Anita Chabria & Phillip Rees) Two Sacramento police officers attempted to run over a mentally ill homeless man with their car less than 35 seconds before they shot and killed him, according to recordings released by police this month.

One of the officers says “f— this guy” in the frantic final minute before they shot Joseph Mann on Del Paso Boulevard. Moments later, the driver says, “I’m going to hit him.”

If you don’t pay your taxes, the State won’t be able to “take care” of the homeless! Do you have no compassion for the poor, you selfish savage?