With No Surprise, Reuters Poll Finds Hillary Supporters Are Pretty Racist, Too 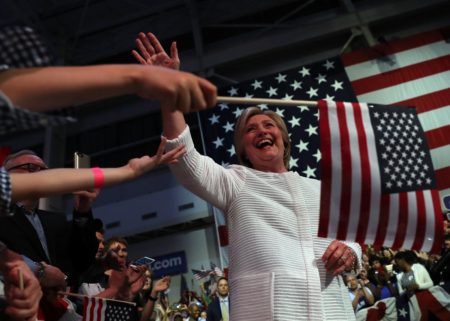 (Josh Voorhees) A new Reuters/Ipsos poll paints a particularly depressing picture of the U.S. electorate’s opinions on race. The main takeaways from the survey, which was released late Tuesday: A significant slice of Americans expressed racist views against blacks, and those who identify as Donald Trump supporters are more likely to fall into that group, though Hillary Clinton supporters are definitely there too.

Pollsters interviewed 16,000 Americans and asked them to grade whites and blacks on a series of personal traits, ranging from their intelligence to lawfulness. “In nearly every case,” the outlet notes, “Trump supporters were more likely to rate whites higher than blacks when their responses were compared with responses from Clinton supporters.”

My Commentary: No surprise there, for those of us who actually pay attention, rather than swallow lies.

As I noted then, “Upon stripping away the thin veneer of ‘political affiliations,’ and allowing Individual thoughts and actions to take their rightful place as the only real indicators of character, it turns out that many of these pale-skinned ‘progressives’ from NYC and California are just as pathetically ignorant and racist as their neo-conned counterparts! And, so long as these half-stepping wannabes think that police and courts are mostly targeting brown skin, at least 73% of them comfortably lend their full and faithful consent and support to the American Police State!!! For these human race traitors, ‘innocent until proven guilty’ is their own ‘white privilege,’ instead of a universal RIGHT for all!”

One Response to With No Surprise, Reuters Poll Finds Hillary Supporters Are Pretty Racist, Too