Hot-Headed Cop Illegally Detains Protesters, Then Threatens Them with His Department-Issued Assault Rifle 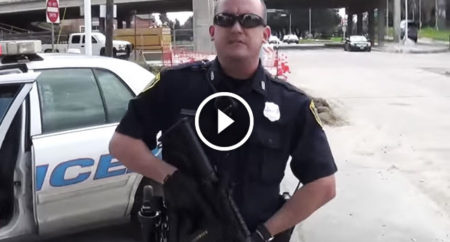