Sadly, Friends and Family Often Use Facebook as Place to Advocate for War Crimes and Crimes Against Humanity 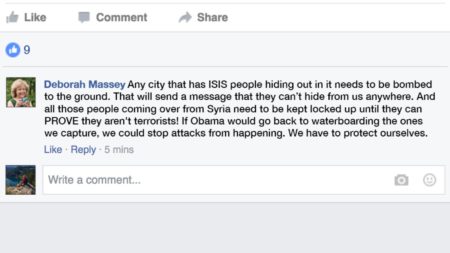