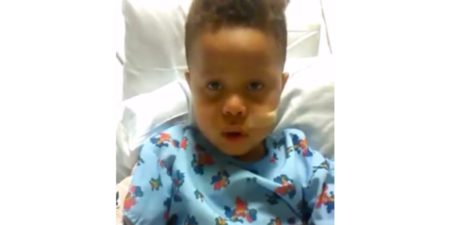 The shooting and killing of Korryn Gaines has many debating whether or not the actions taken by the Baltimore County Police were justified. During the shooting, Gaines’s 5-year-old son, Kodi, was shot and injured.

My Commentary: In a series of videos recorded by his family from his hospital bed, Gaines’ son states that he chose to stay with his mother when she was murdered by the State, declining the option he had to leave with his father. He explains that armed State thugs “kicked down the door” of his family’s home, and that he spent time hiding in the closet upon their forced entry into his residence. He recounts how the State thugs fired their weapons at his mother, first, and how he witnessed them shoot her down. He also reveals that the State thugs then shot him in the arm as he tried to run away from them upon witnessing them murder his mother.