Discussing the Self-Sacrifice of Korryn Gaines, and Her Exposure of the Naked Aggression of the State Against Peaceful Human Existence

The following correspondence originally took place on my Facebook wall, upon my post, “Through Her Sacrifice, Korryn Gaines Exposed the Naked Aggression of the State Against Peaceful Human Existence“… 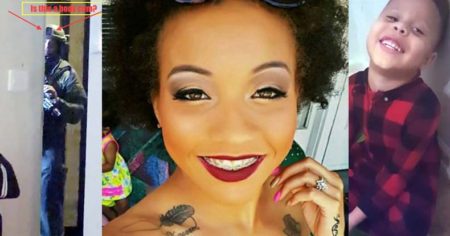 Failure to comply with arbitrary, pre-crime-based edicts of pathocratic control-freaks, refusal to pay extortion fees for permission to exercise natural rights as though they were mere privileges, and lethal resistance to abduction and false imprisonment by State mercenaries.

Through her sacrifice, Gaines exposed the naked aggression of the State against peaceful human existence, and highlighted the role government plays as Accuser of the innocent, in that absence of a requisite victim.

Gaines courageously stood up to the soul-sucking State meat-grinder, even though she knew she would likely be killed by it. And, as usual, the government scrambles for excuses to justify its latest cold-blooded murder, and attempts to tarnish the name of their victim, and the merits of her actions…

Jonas A.: Yep! Stood her ground, fought and died for freedom!