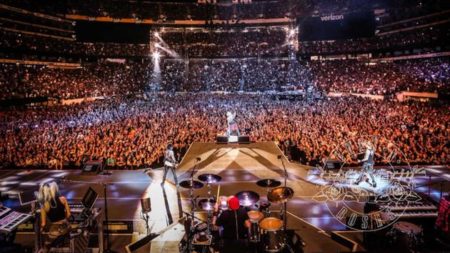 Jordan K.: Rayn: Exactly! Saying, “first it’s illegal” is like saying “first, I’m a mindless soulless drone that does whatever the State tells me too because I have no moral compass of my own.”

Jason K.: Well the company is the MTA. I guess they have a crazy hang up about bus drivers, train operators failing drug test.

Jordan K.: Are you suggesting a possible contact high from a guns n roses concert is going to impede work performance the next day? Right, and it turns young teenage girls into raging whores that love to fuck black people too huh? It turns young teenage boys into hell bent murders who laugh after they stab people to death. It’s reefer madness all over again!! Run for your lives everybody, there’s reeferr in the air! OH MY GOOOD!!!!

Work performance would be more impeded by somebody staying up late at said concert and not getting enough sleep. Should we have sleep police too to make sure everybody gets to bed on time you fucking wiener? Please go wrap yourself in plastic bubble wrap and grab your helmet and crayons we’re going outside.

Jason K.: Well Jordan, let me educate you. If you smoked a few hours before a drug test or a week or so it comes back positive. The results don’t have a time stamp. That being said, someone who works for the MTA, FDNY, NYPD, school bus drivers should be able to pass a drug test. Go to the park a roll yourself a thick one.

Jordan K.: Jason, you are promoting the caging of peaceful human beings for having a plant. You don’t cage peaceful human beings that aren’t hurting anybody else. The war on drugs is tearing families apart, killing people, ruining lives, and all for what? For having a plant. It’s way past the due date for waking up to the fact that these bullshit prohibition laws don’t work and only create more violence and crime. The problems with prohibiting alcohol are the same with prohibiting cannabis. People like you who accept throwing peaceful people in cages because “it’s the law” have blood on your hands. I don’t have to roll a thick one to realize this, it’s because I have a head oh my shoulders and I don’t let other people do my thinking for me. I can make the connections between prohibition of alcohol and prohibition of cannabis without letting my personal likes or dislikes for either cloud my logic. You seem to be so scared of marijuana that you throw logic and reason right out the window. You are literally this dumb: “I don’t like the smell so somebody with a gun should force you into a cage and beat you if you don’t want to go.” How does it feel to be an asshole and the town idiot at the same time?

Jason K.: Jordan, I thinking your smoking too much or just a fool. I didn’t mention locking anyone in cages. If you want to smoke, snort or drink lighter fluid go ahead. The simple point I’m making is first people who have jobs where the publics safety is involved should be tested. Cigarettes are not allowed in public places like concerts because it bothers people. As a smoker I respect that. Too bad people who smoke pot can’t extend the same courtesy.

Jordan K.: The post was about people arrested and you supported it because of the smell, so tell me again how you’re not supporting caging people. You’re just an idiot who doesn’t even realize the arguments he’s making. I think the only person who’s on drugs here is you. Don’t worry though Jason, just because you’re all doped up on prescription pills or whatever doesn’t mean I’m going to wish you were locked in a cage.

Jason K.: I support it because it’s the law. It’s a simple fine. When people resist and act like animals they get arrested. Not every arrest was due to smoking.

Elizabeth B.: I thought this was about Sunday night. We were there Saturday and other than the drunk idiots that can’t hold their liquor(really, I had beer spilled on me 3 times)I didn’t see any problems. The crowd was pretty mellow.