Conspiracy in Government!? Quick! Put On Your Blinders! No Need to be Unnecessarily Spooked by Uncomfortable Truths! 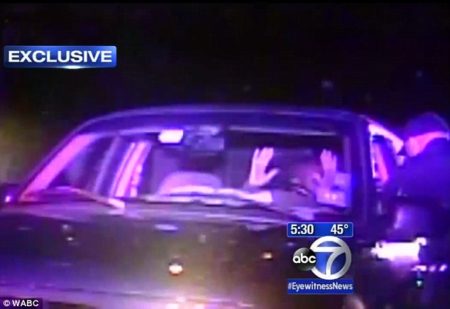 (M. David) Two police officers have just been indicted on charges of conspiracy and misconduct. But until a dashboard video was released, the man who they victimized was actually the one in trouble.

Officers accused Marcus Jeter, 30, of eluding police, prosecutors said. He faced these charges in Newark Superior Court, and was originally facing a years-long prison sentence. But that was when the video of New Jersey Officers Orlando Trinidad and Sean Courter, both 33, had not yet been released. Once it was, the tables turned very quickly.

My Commentary: A conspiracy in government!? Oh, no! Quick! Put on your blinders! No need to become unnecessarily spooked by uncomfortable truths!

One Response to Conspiracy in Government!? Quick! Put On Your Blinders! No Need to be Unnecessarily Spooked by Uncomfortable Truths!