Decriminalization is Superior to Legalization, in Regards to Ending the Fallacious “War on Drugs” 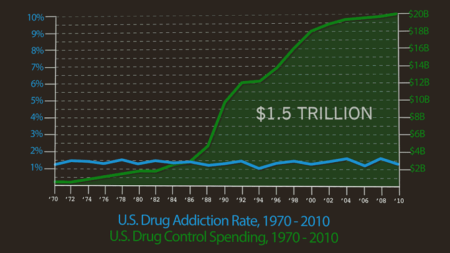 Why We Should End The Failed War On Drugs (And Legalization Is The Best Alternative):
http://www.libertyandcommonsense.com/?p=376

“It constantly amazes me that defenders of the free market are expected to offer certainty and perfection while government has only to make promises and express good intentions.” This double standard, recognized by Lawrence Reed, is particularly evident with respect to the “war on drugs.” Despite over a trillion dollars spent, the arrest and imprisonment of millions of Americans,  and cities that have been turned into virtual war zones, we are no closer to eliminating the scourge of drug abuse today than when Nixon declared illicit drugs “public enemy number one” and promised to wage “an all-out, global war” “to fight and defeat this enemy.” After 45 years, few would dispute that the “war on drugs” has been an abject failure.