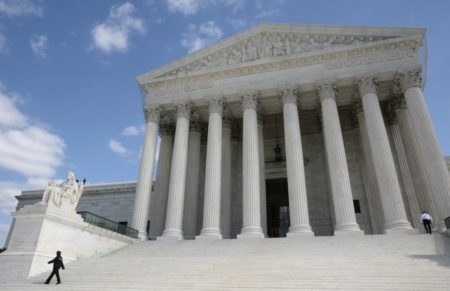 The Supreme Court on Monday upheld the broad reach of a federal law that bars people with misdemeanor domestic violence convictions from owning guns.

The justices rejected arguments that the law covers only intentional or knowing acts of abuse and not those committed recklessly — where a person is aware of the risk that an act will cause injury, but not certain it will. As examples, the court mentioned throwing a plate in the heat of an argument, or slamming a door.

My Commentary: How about a little inconvenient fact to shake up your critical thinking faculties?

I’ll keep saying it: Gun control advocates are the WORST kind of pro-gun nuts there are! These types of doublethink-deluded, historically-illiterate hypocrites cling to the dangerously naive, Utopian, and downright elitist philosophy that only police and military should possess firearms. They refuse to accept the fact that criminals not only IGNORE the law – they soon BECOME the law!

As always, Statism remains the most dangerous religion in the world…