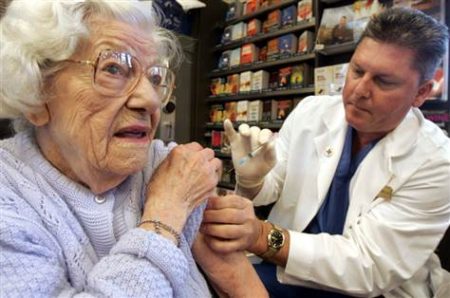 Dementia and Ineffective Flu Jab Are Blamed for Record Spike in Deaths for 50 Years:
http://www.dailymail.co.uk/health/article-3527860/Dementia-ineffective-flu-jab-blamed-record-spike-deaths-50-years.html

(Kate Pickles, MailOnline) Growing cases of dementia and an ineffective flu vaccine were behind the biggest annual rise in deaths in England and Wales for more than 50 years, it has been revealed.

Today, investigations into the largest spike in a single year since 2003, have found respiratory diseases – including flu – and diseases like Alzheimer’s were responsible.

It is the first time the Office for National Statistics (ONS), with help from Public Health England (PHE), has carried out analysis of death figures.

My Commentary: Only half of this story is actually news…