Will American Internment Camps Make a Comeback Under a Trump or Sanders Presidency?

My Commentary: I’m sure it will only happen if necessary, like when Democratic Party darling, FDR, did it. *sarcasm* 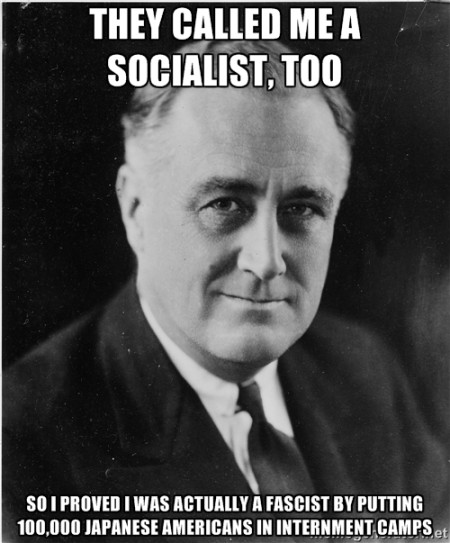 “They called me a socialist, too…
So, I proved I was actually a fascist by putting 100,000 Japanese-Americans in internment camps”

(No mention of internment camps for American citizens)