Much Like His Predecessor, Obama is a Professional Actor, and a Pure Political Parasite

The following correspondence originally took place upon my Facebook wall, after I posted artwork being shared by the page, “Statism is a Religion“… 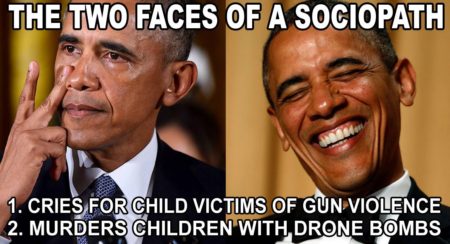 “The two faces of a sociopath
1. Cries for child victims of gun violence
2. Murders children with drone bombs”

Greg C.: Nice dentures Barrack you fake ass actor. You cry about guns like white people shouldn’t be allowed to have them. You didn’t cry when ISIS was beheading Christian children though – did you? You damn phony. You told 60 minutes you could win a 3rd term but the majority of this country despises you. I think Donald Trump or Cruz would give you the beating of your life in the next election. America can’t wait till you wave good bye and jet with that wife of yours… 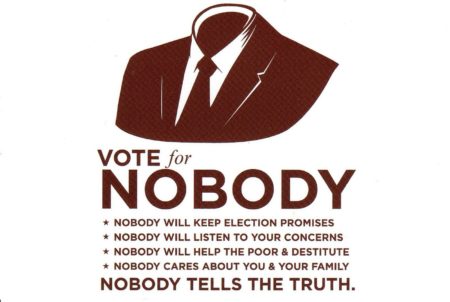 “Vote for Nobody:
*Nobody will keep elections promises
*Nobody will listen to your concerns
*Nobody will help the poor & destitute
*Nobody cares about you & your family
Nobody tells the truth.”

2 Responses to Much Like His Predecessor, Obama is a Professional Actor, and a Pure Political Parasite