Let There Be Roads!

As I scrolled through my Facebook news feed, I discovered the following artwork here, being shared by the page, “Statism Is Slavery,” and originally posted it to my own wall, along with commentary… 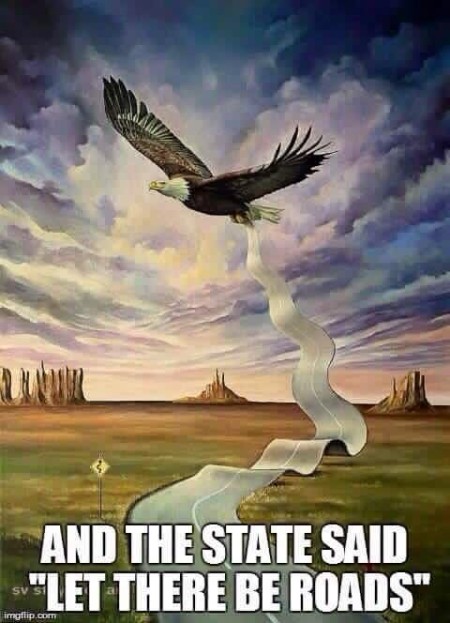 “And the State said, ‘Let there be roads”