The following correspondence originally took place upon the Facebook wall of my friend, Jonas A, after he tagged me in the comments section of his post... 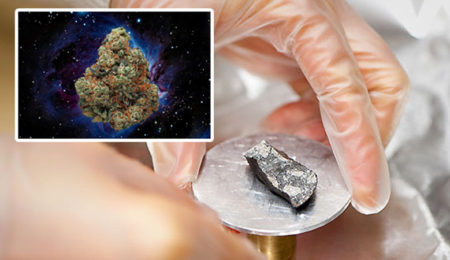 Jonas A.: Hey Rayn…explain this! 😛

Andrew K.: I assume youre familiar with Terence McKennas theories about fungus as a means of extraterrestrial travel?

Rayn: Saw this article on a friend’s page this morning. 🙂 Burning Bush & Tree of Life, for the win!

Faye T.: So aliens toke up?

Andrew K.: The theory is that just as life is a spaceborne virus, certain forms of life – McKenna had fungus in mind in particular because it’s anamalous in many respects and it gave him specular insights when ingested – are the means used to communicate on an interstellar level.

It’s part of the whole mindset that thinking of universal travel in terms of some sort of vehicular transport is as naive as expecting to find a McDonalds in the mountains of Tibet.

Jonas A.: Yeah? I want a taste of that magic fungus then! 😛

Jonas A.: LOL! Could be! That plant must be alienz GMO! 😛

Dan S.: Some stoner probably picked the stone up to look at before he tossed it.

Morgan S.: someone handled the piece after touching marijuana , there is no fucking way I believe this at all.