The following correspondence originally took place on my Facebook wall, upon my post, “In America, Helping Others is Slowly Becoming a Crime“…

Rayn: “Under a government which imprisons any unjustly, the true place for a just man is also a prison.” – Henry Thoreau 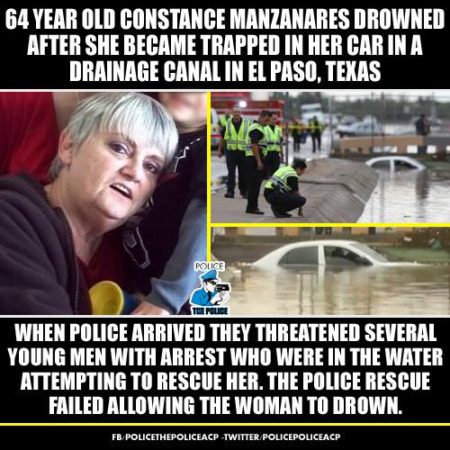 “64-year-old Constance Manzanares drowned after she became trapped in her car in a drainage canal in El Paso, Texas. When police arrived, they threatened several young men with arrest who were in the water, attempting to rescue her. The police rescue failed, allowing the woman to drown.”