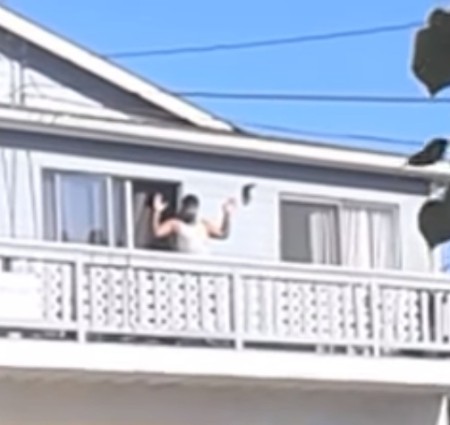 A Half Dozen Laser Sights on his Chest, Still this Guy Asserts His Rights:
http://thefreethoughtproject.com/dozen-laser-sights-chest-guy-asserts-rights/

(John Vibes) Earlier this week, the San Diego Police Department traumatized an innocent man by pointing dozens of laser sighted machine guns at him as he stepped out onto his balcony Tuesday morning.

The victim, who posted a video of the encounter under the YouTube user name Demetrice Gordon said that a large number of police officers surrounded his building with guns drawn because he “fit the description” of a “black man with a beard.”

“They accused me of being armed and came to the wrong home after a woman with a very suspect story claimed to have been beaten and threatened with a gun. While this was happening the person they were supposed to be looking for got away,” said Gordon.