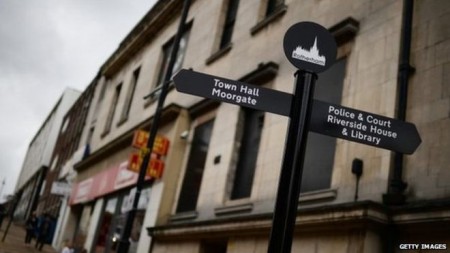 A former Rotherham care home worker has told the BBC how girls as young as 11 were “brazenly” groomed and abused in the South Yorkshire town.

The man, who worked at children’s homes for four years, said girls would be picked up by taxis and abusers made “no attempts to disguise” their actions.

At least 1,400 children were sexually exploited, mainly by men of Pakistani heritage, between 1997 and 2013.

My Commentary: In England, the State provides lots of loving care to vulnerable young girls in need! And, this is PRECISELY why citizens over there should be thankful to keep paying their “fair share” of taxes! Who else would provide these very important “community services” to the public, if not for their government?