Discussing the Writing Inscribed on the Stone Tablets Used Within the 1956 Film, “Ten Commandments” 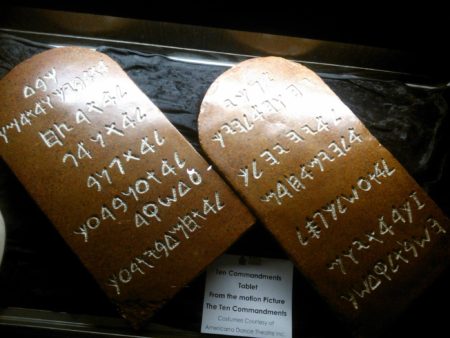 Rayn: There appears to be one important Torah missing from those listed upon these tablets…

Stephen K.: Oh, I see, the “aleph” resembles an ox, just as I remember from reading about the origins of our modern alphabet during my elementary school years! In fact, if you rotate it 90°, or 135° as in this non-perpendicular view, you do see a letter “A.” 😀

Rayn: Indeed! The letter “aleph” is derived from the “ox” character found within the Ancient Egyptian hieroglyphic writing system. 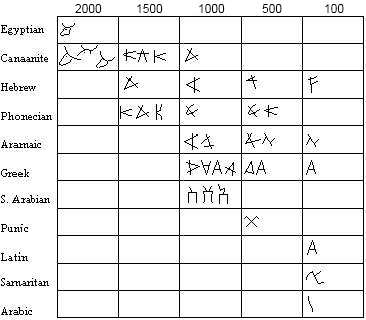 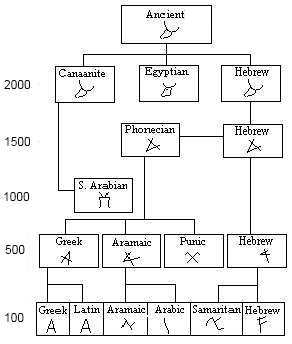 Rayn: It’s interesting that you posted these tablets onto my wall, because just last week, I decided to write in Paleo-Hebrew onto a few sea stones I found. Here’s the one of them… 🙂 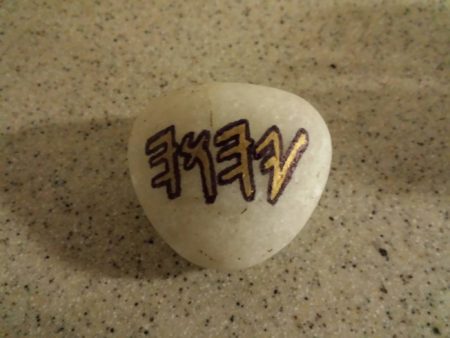 Sara: What does your stone say, Rayn?

Stephen K.: Thanks for everything, Rayn!

One Response to Discussing the Writing Inscribed on the Stone Tablets Used Within the 1956 Film, “Ten Commandments”