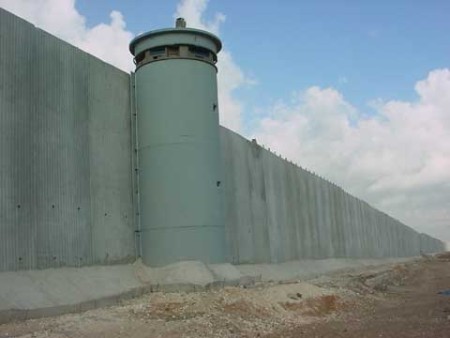 According to this article, “the military court cleared the soldier of illegal use of his weapon, conduct unbecoming an officer and perverting the course of justice by asking soldiers under his command to alter their accounts of the incident.”

Besides this, “in the recording, a soldier in a watchtower radioed a colleague in the army post’s operations room and describes Iman as ‘a little girl’ who was ‘scared to death’. After soldiers first opened fire, she dropped her schoolbag which was then hit by several bullets establishing that it did not contain explosive. At that point she was no longer carrying the bag and, the tape revealed, was heading away from the army post when she was shot.

“Although the military speculated that Iman might have been trying to ‘lure’ the soldiers out of their base so they could be attacked by accomplices, Capt R made the decision to lead some of his troops into the open. Shortly afterwards he can be heard on the recording saying that he has shot the girl and, believing her dead, then ‘confirmed the kill’.”

In other words, by clearing “Captain R” of all charges in spite of the information provided, the Israeli military acknowledges the fact that it is standard operating procedure in Gaza for their soldiers to engage with lethal force any and all Gazans entering Israeli “security zones,” whether a threat to them, or not, and that it is even acceptable to “confirm the kill” (finish a sniper victim off, up close), at the risk of incurring Israeli military casualties in the process, if the commanding officer chooses to do so.

Also note in the article, “Dr. Mohammed al-Hams, who inspected the child’s body at Rafah hospital, counted numerous wounds. ‘She has at least 17 bullets in several parts of the body, all along the chest, hands, arms, legs,’ he told the Guardian shortly afterwards. ‘The bullets were large and shot from a close distance. The most serious injuries were to her head. She had three bullets in the head. One bullet was shot from the right side of the face beside the ear. It had a big impact on the whole face’.”

Add to this the Israeli military watchtower post radio recording during the incident, where “Captain R” said, “I and another soldier … are going in a little nearer, forward, to confirm the kill … Receive a situation report. We fired and killed her … I also confirmed the kill. Over.”

With all of these things in mind, it quickly becomes apparent that the Israeli military would have also brought the sniper who shot the schoolgirl in the first place up on charges, if this weren’t just a matter of standard operating procedure for them. Also, “Captain R,” (his name was never publicly revealed by Israel’s government), only had ten bullets in his gun, so even if he truly did fire them all into his victim, then that still leaves at least SIX unaccounted for bullets to consider, most of which were fired into the girl at close range. This means that the soldier who followed “Captain R” to “confirm” (AKA murder) their child-victim, who was even implicated by “Captain R” as being involved in the shooting within the watchtower radio recording of the incident, which wipes out any remaining doubt of his involvement, would also have been brought up on charges by the Israeli military, as well, if murdering Gazan civilians weren’t simply a matter of standard operating procedure for soldiers, there.

And, with this level of disregard for the lives of Gazan civilians on full display by the Israeli military, and with no justice to be had for the family members of the victim, nor the entire Gazan community, nor the millions of crime-hating peace-lovers living in the world outside of Gaza, there’s really no telling if all six unaccounted-for bullets were from the soldier accompanying “Captain R”. Therefore, there may even be more Israeli shooters involved, beyond the three already mentioned. But, obviously, the Israeli military’s “investigation” was just political theatre, presented only to reduce to tensions in the area, with no real effort to discover the true facts of the case, and no real intent to serve justice!

The article also mentions, “Capt R claimed that the soldiers under his command were out to get him because they are Jewish and he is Druze.” This further complicates things, for more reasons than I can count. Either way, though, even with the fraction of evidence presented to the public by the Israeli military, it is apparent, at the very least, that these Israeli soldiers either conspired to cover-up or reveal a murder, and that Israeli top-brass promptly tidied the whole thing up in order to prevent Gazan and international public backlash.