The American Occupation of the Middle East 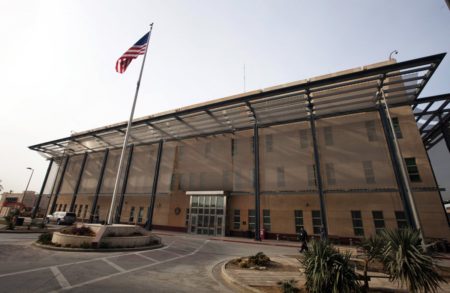 The Chancellery Building — located at the intersection of “Broadway” and “Main Street” within the American Embassy in Baghdad, Iraq

The US Embassy In Baghdad Cost A Staggering $750 Million:
http://www.businessinsider.com/750-million-united-states-embassy-iraq-baghdad-2013-3

(Walter Hickey) Ten years ago this week, Americans woke up to learn that the United States had invaded Iraq.

They had been told it would cost $50 billion and that it would end soon.

Forty-two days later the President declared Mission Accomplished, and that the U.S. would be greeted as liberators.

That all didn’t work out as planned.