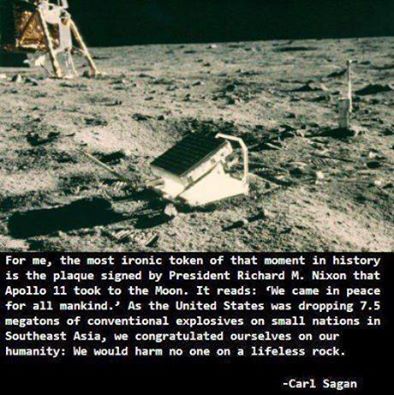 “For me, the most ironic token of that moment in history is the plaque signed by President Richard M. Nixon that Apollo 11 took to the Moon. It reads: ‘We came in peace for all mankind.’ As the United States was dropping 7.5 megatons of conventional explosives of small nations in Southeast Asia, we congratulated ourselves on our humanity: We would harm no one on a lifeless rock.” – Carl Sagan