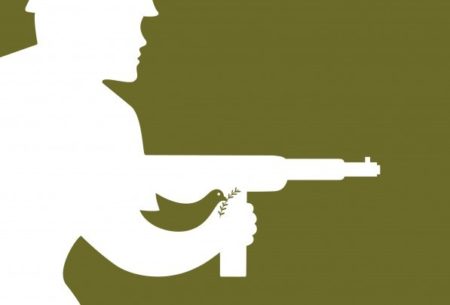 Good news, everyone! The world can now breathe a collective sigh of relief! No longer will our lying eyes, ears and hearts deceive us with fantastical tales of “human suffering” within the battle-torn portions of our planet! Because, as it turns out: War IS Peace!!!

That’s right! According to an intellectually-dishonest, pseudo-scientific piece of drivel published last week in the mainstream media monopoly’s Washington Post, empires, imperialism and even murderous wars are all actually beneficial to society because they make us “safer and richer,” in “the long run”! Hooray for progress!

(Can you say… human sacrifice?)

Oh, and in other news, freedom is slavery because liberty only leads to ineffectual instability, chaos and warlords (unlike government, which provides us with a fully-efficient imperialistic war apparatus, along with the real and enduring “peace” of perpetual war)! And, of course, ignorance is strength because it solidly unifies us into the largest, most manageable, most programmable blob of collectivist excrement possible, keeping “dangerous” liberty at bay, while assuring that only the most “wise” and “noble” are able to “rule” over the rest of us!

(Notice how the religion of Statism is replete with hallmark signatures of cultism, including the practice of ritual murder as a matter of policy, and propagation of the age-old “original sin” myth, wherein the species is arrogantly accused of having no self-control, in order to convince us all that we “need” a minority of elitist, criminal sociopaths to control our lives, from the top down, in what could only be described as a gigantic social pyramid scheme of death and destruction…)