Flying Cars Invented? But… But… What About MUH ROADS!? 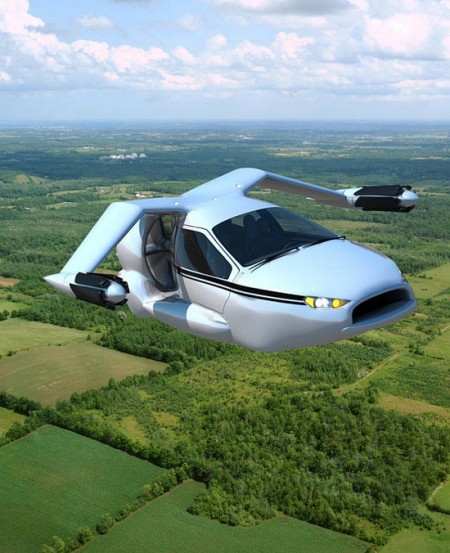 Flying Cars for the Masses Set to Take Off:

Bill B.: im gonna need a snopes check on this

Emily T.: Is This (Finally) Our Flying Car?
http://message.snopes.com/showthread.php?t=85464

Sam B.: Flying cars, for the record, would suck.

Sam B.: If your flying car runs out of gas, it crashes to the ground.

Stan P.: This is a design on a computer screen, coupled with some highly speculative conclusions from the promoters. They have apparently built an actual airplane with folding wings and 4-wheel landing gear, but that doesn’t include key features described for the computer design, I also wonder what the cruise speed of the computer design would be, because one would expect a wing of that size to require speeds in excess of 300 kts to sustain flight.

Gavin B.: I’m holding out for a delorian with folding wheels.